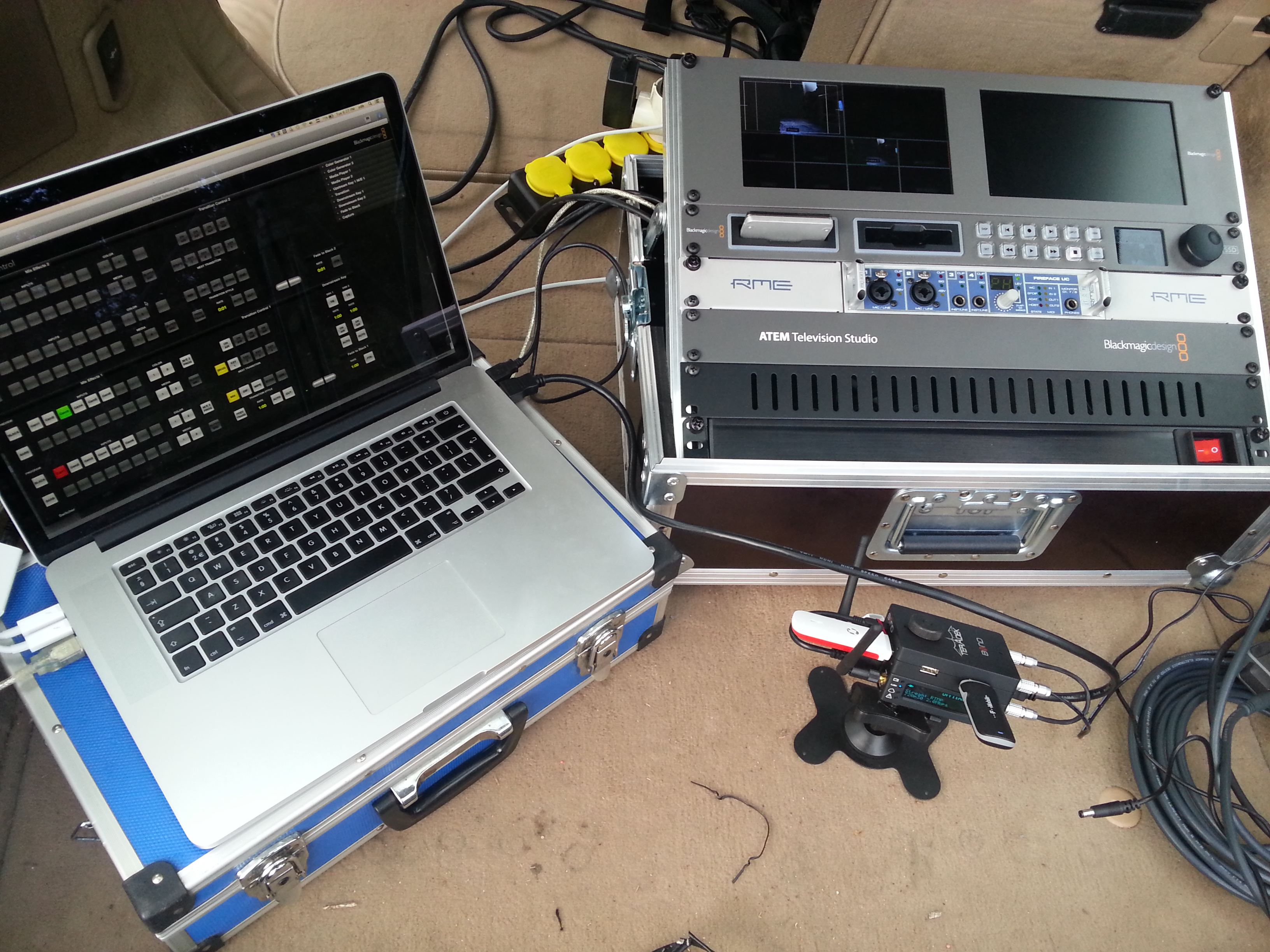 Today I took some of my portable equipment and driven the car into a lake outside the city to test if the consumption of this equipment could be handled from a car power inverter 150w connected to the cigaret lighter.

I mentioned in the previous post, that I use a Bond device from Teradek, this unit combines up to 5 different usb dongles from internet providers giving me more stability in my live streaming at outdoors.
I took this Bond and a Cube 255 from Teradek plus an Rack box of 8Units which is mainly used for audio mixers, inside this rack was a Television Studio switcher, a dual monitor Smartview Duo and Hyperdeck Studio for replay and uncompressed recordings, plus a RME UC Fireface Soundcard to route my independent audio sources. Apart from the rack I had brought a few cameras, converters, cables and a Macbook Retina.

Before going out into the field with the multi-cam portable setup I had to calculate how many watts I would be consuming from my 150w car inverter.This will probably wouldn’t work with all the equipment powered up, which is overheading up to 200W in tottal, but I didnt dare to overhead and used some devices like the cubes and the laptop on batteries. 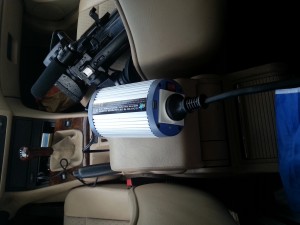 I made a calculation based on what is writen on the transformers as well at the specs of each device, the information is the following:
MacbookRetina – 85W
RME UC – 24 W
ATEM TVS – 20 W
Smart Viewer – 20W
Asus Router – 30W
Cube – 4W
Bond – 1W “without dongles”
Hyperdeck Studio ? – 20W

The power worked pretty well with no fails for almost a 2 hour test run, I would eventually buy a external battery power pack from Duracell to use with other devices which are exceeding in this setup the 150w, devices like the laptop, antena boosters, router etc. This power pack would also give me a backup solution in case that I see it’s draining to much battery from the car. 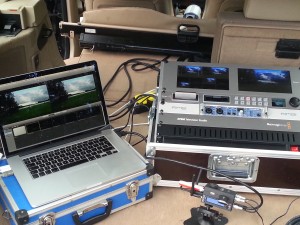 Another thing I just discovered during this test, was that the HDMI out port of the Macbook Retina was not detecting any signal.
I’ve researched this later back home and found out that one of the last OS update brings this issue up, in which is fixed just by restarting the computer and yes it works with a restart.

This was a good learning test for various reasons , it was raining, I had to think different forms to not get rain into my equipment, for moments I even had to lock myself inside the car.

One of the upcoming investments would be a rain cover tent. 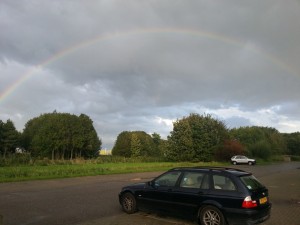 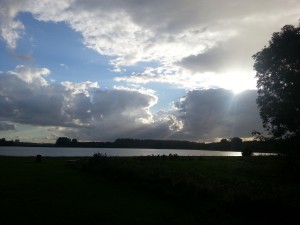 A nice rainbow picture after the rainy clouds passed by and the lake where I was testing.